There has been some recent new interest in the Niel Sanders "contour Rim". It is quite different than conventional trumpet rims. Originally developed by Mr. Sanders for french horn, and then adapted by him for trumpet mouthpieces. It has an "inverted lay" as he used to call it. That meant that the high point of the rim was closer to the outside as oppsed to being closer to the inside, with a "5 degree"inverted slant to a flat area between the inner and outer edges. Very unsual when you first check it out. Sanders woud say that the benefits of the contour are: (as I remember him describing it)

2) adds years to a carreer because of less brutality

4) better attacks because the inner edge can be sharper and you dont feel the sharpness as much. It does not have to be a sharper bite of course.

I knew Mr. Sanders because I went to Western Michigan University where he was the Horn profressor after the retired from the London Symphony after 30 years of principal Horn. He was a great guy with lots of personality and he was VERY enthusiastic about the Contour Rim. He tried many times to get me on it and when i tried it it would work great for me, but i was scared to switch for whatever reason. David Hickman came to kalamazoo and did the Brandenburg and a clinic and he had switched to the Sanders. So did Donald Bullock who was the department head at that time and also a world class player. I saw Neil at the ITG in maybe 1988. He was selling the mouthpieces and I tried again and he just laughed at me for not switching when it was so obviously a good thing for me. Very cool guy that i liked a lot.

Since about 3 years ago I have been experimenting with the Sanders contour. I decided that for me, the rim worked best modified slightly by rounding off the outer edge more, and also making the flat area less flat, and something more like 4 degrees instead of 5. I arrived at that over about 20 variations and a few weeks of playing time on each variation. Another maker offers a David Hickman model and that (I understand) is also based on a Sanders. There is also a Wayne Bergeron mouthpiece that might be based on a Sanders, but if it is, it is modified even more than mine. Same direction but a little more. I do like the NS2 rim and since i switched i have had much less problems with getting beat up on hard latin gigs and having trouble the next day. Also seems to help with playing relaxed and getting soft initial attacks. 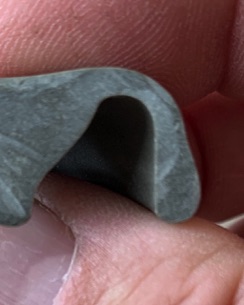 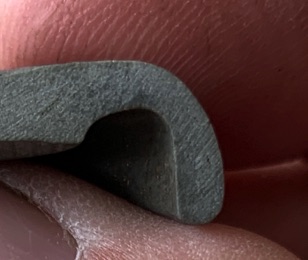 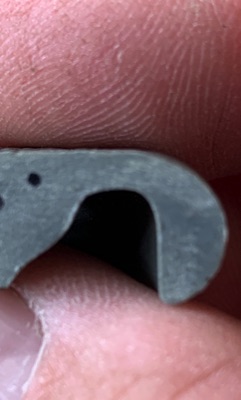